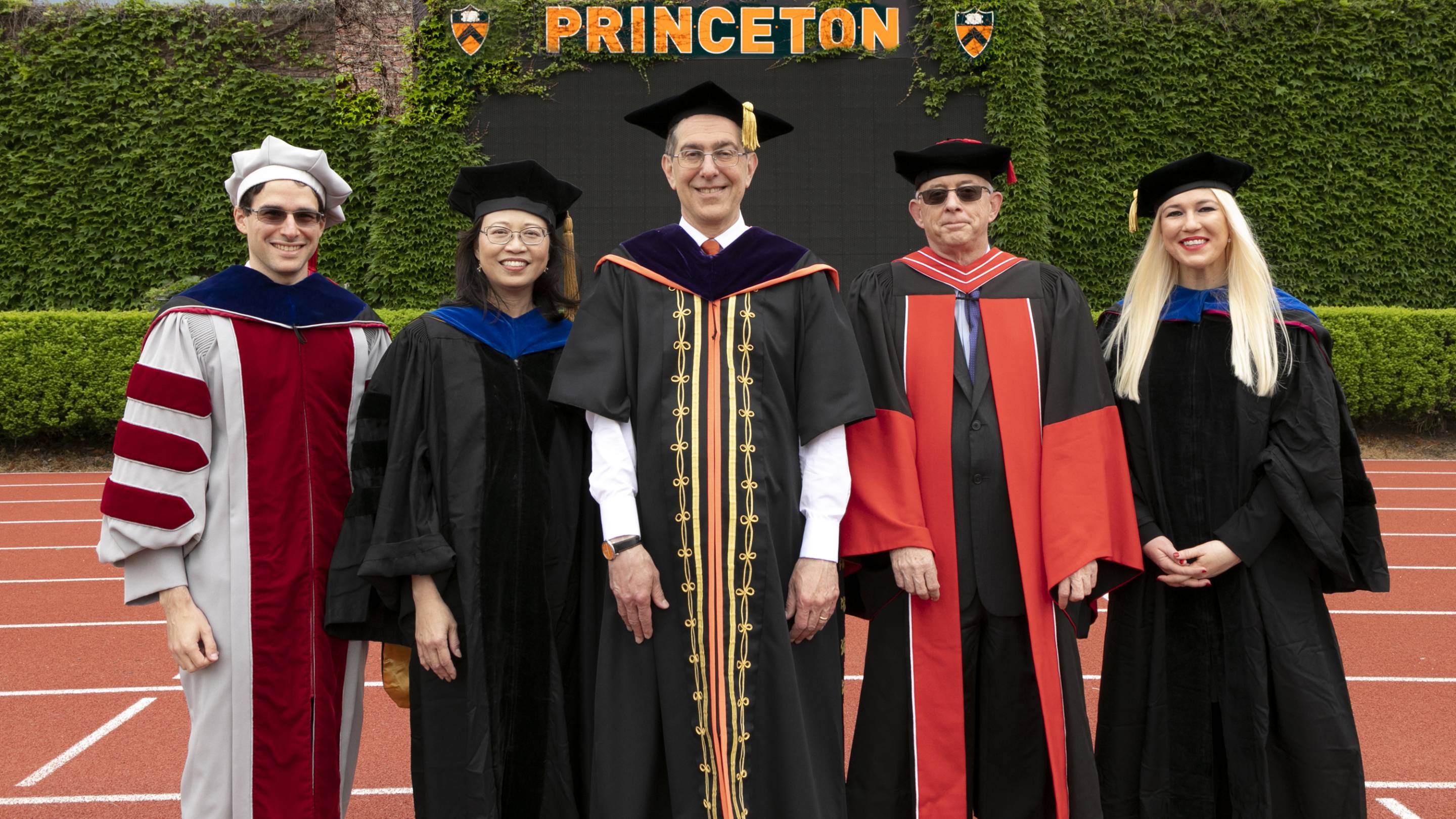 Assistant Professor Matt Weinberg was one of four faculty members to receive the President’s Awards for Distinguished Teaching at Commencement ceremonies on Tuesday, May 24, 2022.

The awards were established in 1990 through a gift by Princeton alumni Lloyd Cotsen of the Class of 1950 and John Sherrerd of the Class of 1952 to recognize excellence in undergraduate teaching by Princeton faculty members. Each winner receives a cash prize of $5,000, and their departments each receive $3,000 for the purchase of new books.

A committee of faculty, academic administrators, undergraduates and graduate students selected the winners from nominations by students, faculty colleagues and alumni.

Matt Weinberg
Weinberg’s dedication to undergraduate students is evident in the number he has advised on thesis work or one-semester projects: more than 60 in just the five years since he joined the computer science department in 2017, well outside the norm. Weinberg, whose scholarship focuses on algorithmic mechanism design, is just as committed to mentoring his graduate students, who rave about how generous he is with his time and his dedication to assisting them develop as researchers.

“Matt is a phenomenal adviser: invested in his students, enthusiastic about their work and understanding about their struggles and lives,” one undergraduate said. “When explaining concepts I had trouble understanding, Matt would try to explain in two or three ways — sometimes drawing pictures, sometimes giving toy examples, sometimes by writing out the mathematical formulation.”

Many students remarked that Weinberg has helped them embrace a positive attitude about their work. One graduate student said he taught her to view the unsuccessful conclusion of a project “not as a personal failure but as a guidance for future research.”

An alumna spoke of her decision to undertake a thesis project, though it was not required for her major, because she was so enthusiastic about the prospect of working with Weinberg. Their meetings often ran way over the allotted time so he could continue offering advice. “He has squeezed me in for last-minute meetings when I’m feeling stuck and lost,” she said. “I am eternally grateful for all that Matt has given me.”