Dr. Jan Cuny ’73 of the U. S. National Science Foundation was named as the 2017 recipient of the ACM Distinguished Service Award. 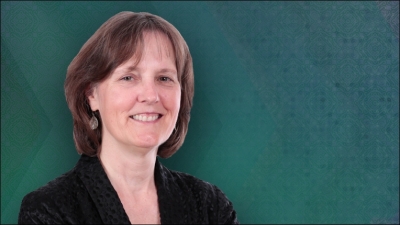 She received this prestigious worldwide honor in recognition of her establishment and tireless promotion of projects that have nationally transformed CS education by increasing and diversifying access to high-quality CS education.  At NSF, Janice founded the Broadening Participation in Computing (BPC) program, among many other efforts. The BPC program aims to significantly increase the number of students getting undergraduate and graduate degrees in computing, particularly emphasizing groups – such as women, minorities, and persons with disabilities – who have traditionally been underrepresented in computing. Having funding many projects over its history, NSF’s BPC program has built a collaborative national community of hundreds of researchers and educators with programs to address underrepresentation.  More recently, Cuny launched CS10K which seeks to add 10,000 new well-trained CS teachers throughout the country in 10 years. Cuny was also instrumental to the development of the AP Exam in Computer Science Principles which was successfully launched in the 2016-2017 academic year.

At Princeton, Dr. Cuny was a member of Princeton’s first co-ed graduating class. She received her Bachelor’s degree in Electrical Engineering and Computer Science, which at the time was a single unified department.  She held CS faculty positions at Purdue University, the University of Massachusetts, and the University of Oregon before joining NSF in 2004.