When Ryan P. Adams looks at the ever evolving landscape of machine learning, statistics, and data science, the Princeton University computer science professor gets excited about how tools from the field can potentially provide unconventional, insightful solutions for complex problems, from developing new medications to creating new sources of energy that are better for the environment. 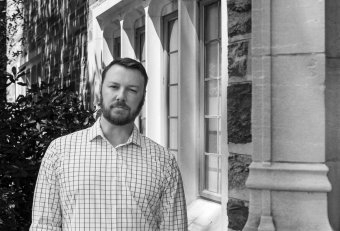 “It’s an exciting time to be working on machine learning. There is growing interest in the field because I think people recognize the value of collecting data and building models to enable better decisions in science, business, medicine, policy, and in people’s everyday lives,” he said.

“I am honored to join a program that serves a relatively young and growing field where there has been increasing interest,” said Adams. “It’s something important and I’m happy to be part of the team at CSML.”

Adams brings to the role a strong academic background, industrial work at Twitter and Google, as well as experience forming his own startup based on his machine learning research.

“Professor Adams has a rigorous understanding on the fundamentals of machine learning and data science and solid teaching credentials that will be useful in guiding our undergraduate program,” said Peter J Ramadge, the CSML director, the Gordon Y.S. Wu Professor of Engineering, Professor of Electrical Engineering. “His real world experience will also inform the program, which alumni - many of whom have gone to careers in data science - have found practical in developing new solutions to unique, complicated issues.

Adams praised Princeton, calling it the one of the strongest institutions in the world for machine learning, and lauded the students.

“The students are really excellent and have broad interests,” he said. “They are getting a comprehensive education, with opportunities to creatively apply statistics and machine learning tools to unconventional subjects and problems close to their hearts.”

Adams joined Princeton’s Department of Computer Science last year as full professor. Before that, he was an assistant professor of computer science at Harvard University’s School of Engineering and Applied Sciences from 2011 to 2016.

Adams said his research interest is broad but he is particularly interested in the interface between probabilistic modeling and deep learning (artificial neural networks) in order to design and automate the creation of different objects, from medication to LED lights.

Beginning in his Harvard research lab, he and his team collaborated with chemists and materials scientists to use machine learning techniques to develop new organic light-emitting diodes (LEDs). They believe the same techniques could be used to develop new types of molecules for the pharmaceutical industry.

“It’s a very expensive process to make new drugs. You would have to manufacture them and test them in the real world,” he said. “But by using machine learning - by using tools like big neural networks - you can cheaply and rapidly predict the effects of new or existing drugs and use probabilistic modeling to estimate their impact on a problem. You can hopefully find good candidates faster.”

His research team has also collaborated with the Harvard Medical School to use machine learning techniques to understand the brain better, provide new insights into genetics, and use different mathematical models to predict patients’ trajectories in an ICU. His team has also used machine learning to study the early universe by sifting through mounds of data.

“You can use these kinds of statistical and machine learning tools and unlock solutions to many different kinds of problems,” he said.

Adams earned his bachelor’s degree in electrical engineering and computer science at the Massachusetts Institute of Technology in 2004. In 2009, Adams earned his doctoral degree in physics at the University of Cambridge, where he was a Gates Cambridge Scholar at the Cavendish Laboratory at the Department of Physics. He was then a junior fellow at the Canadian Institute for Advanced Research at the Department of Computer Science in the University of Toronto from 2009 to 2011.

During his professorship at Harvard, Adams co-founded in 2013 a start-up, Whetlab LLC, that evolved from his studies on machine learning.

“We essentially did work that turned out to be useful for different aspects of machine learning,” he said. “It made it easier for a non-specialist to apply complex machine learning tools towards different problems. We made it for ourselves and we built a company around it. It was a successful venture and we sold it to Twitter in the summer of 2015."

Adams explained that some aspects of machine learning are so complicated that they look like “black magic” to the non-expert, he said. Only deep experts in machine learning could perform these functions, which limited the applicability of these tools. Whetlab automated these very complex functions - thereby not needing an expert in the process - and they commercialized it for different companies.

“You can use it even if you don’t know black magic,” he said.

Adams assumed the role of Head of Advanced Technologies Group at Twitter from 2015 to 2016 after his company was bought and subsumed into the tech giant.

"Twitter has a lot of exciting data and a tremendous impact in our society,” he said. “It was staggering to work with these data.  It’s difficult to imagine how many tweets are sent out each minute, the scale on which people connect with each other, and the richness of community structure on Twitter.”

Adams actually has a rather large following for an academic at more than 20,000 followers. Adams said he had acquired that following from a two-year stint as co-host on a machine learning podcast, Talking Machines.

Most recently, he was a research scientist at Google Brain from 2016 to April this year. There, Adams worked on “fun” pure research projects.

“Google has an amazing infrastructure and data,” he said. “They have fantastic resources and some of the smartest people working there.”