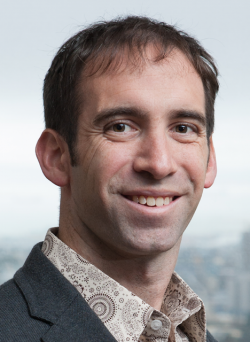 Nick Feamster, a professor who spent nine years at Georgia Tech and earned accolades for his research in cybersecurity and other problems with real-world communications networks, joined the faculty of the Princeton University Computer Science Department in January.

In 2010, MIT Technology Review named Feamster to its list of top innovators under 35, citing the algorithms and systems he developed to quickly and accurately detect spam and other Internet attacks as one of his major contributions.

Jennifer Rexford, the Gordon Y.S. Wu Professor in Engineering and professor of computer science at Princeton, said Feamster concentrates on untangling knotty problems — like spam — that vex both end users and network administrators.

“For years, people have been trying to stem the tide of spam by analyzing the contents of email messages,” said Rexford, who has collaborated with Feamster several times since 2001 and worked with him on his post-doctoral research in 2005. “Nick took a radically different — and much more effective — approach, looking at how the spam messages are sent.  That is, by looking below the message contents, into the mechanisms for delivering spam, Nick could detect spam much more accurately. His detection techniques are now a part of commercial spam filtering systems. “

“Nick is fearless in going head-first into new areas, working with practitioners to identify big, hairy problems they face, then stepping back to solve them in a rigorous way, and then coming back with real systems and data that help real people,” she said.

Feamster’s research makes communications networks operate as users expect them to: “Nobody notices when the network works well,” he asserts, “but everyone suffers when it doesn’t.”  He describes himself as an “experimental networked systems and security researcher” who develops “techniques, algorithms, and protocols that make the network easier to manage, more secure, and more available.” A hallmark of his work is building, designing, and monitoring real networked systems.

Feamster earned his doctorate in computer science in 2005 from MIT, where he also did his undergraduate work. He has received the NSF Presidential Early Career Award for Scientists and Engineers (PECASE), an Alfred P. Sloan Fellowship, the NSF Career Award, and the IBM Faculty Award.