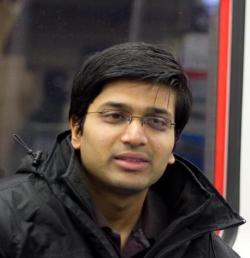 Ankit Garg has published several influential papers in the field of information complexity and its applications. He was a speaker at China Theory Week, 2014 which is an annual workshop for the most accomplished PhD students in CS theory from institutions worldwide to meet and present their research. He was also awarded the Simons Award for Graduate Students in Theoretical Computer Science in 2014, which is given to graduate students in CS theory with outstanding track records of research accomplishments.  Ankit is advised by Professor Mark Braverman. 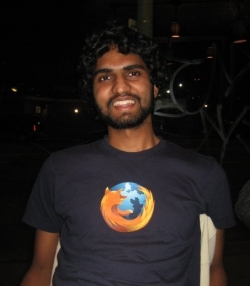 Rajesh Ranganath is a PhD candidate in computer science at Princeton University. His research interests include statistics, machine learning, and computation with applications to medicine and neuroscience. He works in SLAP group under the supervision of David Blei. Before starting his PhD, Rajesh worked as a software engineer for AMA Capital Management. He obtained his BS and MS from Stanford University in computer science under the supervision of Andrew Ng and Dan Jurafsky. Rajesh has won several awards and fellowships including the NDSEG graduate fellowship and the Porter Ogden Jacobus Fellowship, the highest honor bestowed upon doctoral students at Princeton University. 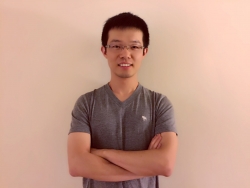 Xin Jin is a PhD candidate in the Department of Computer Science at Princeton University. He has a broad research interest in computer networking and distributed systems. His PhD study focuses on Software-Defined Networking (SDN). He has published several research papers in this area in premier venues, including SIGCOMM, NSDI and CoNEXT. He has interned and collaborated with leading research institutes and cutting-edge startups like Microsoft Research and Rockley Photonics.

He received his BS degree in computer science and BA degree in economics from Peking University in 2011, and his MA degree in computer science from Princeton University in 2013. He has received many awards and honors, including Princeton’s Charlotte Elizabeth Procter Fellowship (2015) for a top PhD student entering his final year, a Princeton Graduate Fellowship (2011), and two Chinese National Scholarships (2009 and 2010).  Xin is advised by Professor Jennifer Rexford. 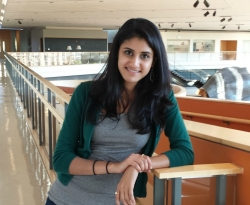 Shilpa Nadimpalli is a Ph.D. candidate in computer science at Princeton University, studying computational biology under the supervision of Professor Mona Singh. Shilpa’s work explores variation in gene regulatory networks—biological systems responsible for turning genes “on” and “off.” Her research is focused on quantifying this variation over time and evaluating its role in tumorigenesis and cancer progression. In addition to research, Shilpa is actively involved in community building and STEM outreach efforts, having served on Princeton’s graduate student government and as an undergraduate mentor. Shilpa graduated summa cum laude from Tufts University with dual bachelor’s degrees in computer science and biology; she has also interned as a researcher at Tufts, UCLA, Virginia Tech and UMass Medical. Upon completing her dissertation, Shilpa plans to continue her research as a post-doctoral fellow and eventually as a professor. 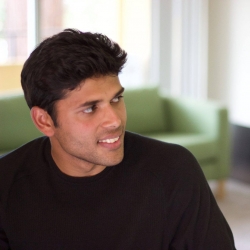 Shivam Agarwal is a second year MSE student in the Computer Science Department at Princeton University. He received his bachelors in Computer Science from Indian Institute of Technology, Bombay, with a minor in Electrical Engineering. His research interests are mainly in web security and machine learning. His current research project is on Open Web Privacy Measurement Platform (OpenWPM) where he is developing a browser tool which will use machine learning to automatically detect privacy threats like third party tracking and browser fingerprinting. In his undergraduate thesis, he developed a firefox extension to prevent XSS, a Web based security attack. Shivam interned at Facebook Inc. as a software engineer in the ads personalization team. Before coming to Princeton, Shivam worked full time for an year in Tower Research Capital, a high frequency trading firm headquartered at New York. As an undergraduate, he interned in the networking team at Bell Labs India.  Shivam is advised by Professor Arvind Narayanan.